Saturday Spotlight on Ohio: Hancock Historical Museum and the Back Street Festival

Posted on September 3, 2011 by elliewick

When I first started this blog I posted about places in Ohio I would like to visit. I have visited some of them since then, but there are still many places on my list. Now as my time here is dwindling, there are sights and sounds around the state I want to spotlight. Some are old-time favorites, others I have been introduced to only recently and the rest are places on my to-do list. These places include restaurants, museums, gardens and other institutions, all reasons why I truly do love this state.

My last installment was the Flag City BalloonFest in Findlay. Up this week is another Findlay attraction, the Hancock Historical Museum and one of its events, the Back Street Festival.

The Hancock Historical Museum is located in a historic building on West Sandusky Street in Findlay. The house is an old, brick mansion (absolutely gorgeous, if I must say!). I wanted to visit because of a special bathtub housed in the museum. There isn’t anything I love more than wacky exhibit pieces (take the fingers at the Wood County Historical Museum, for instance), and I was impressed with something even more wacky than the bathtub. 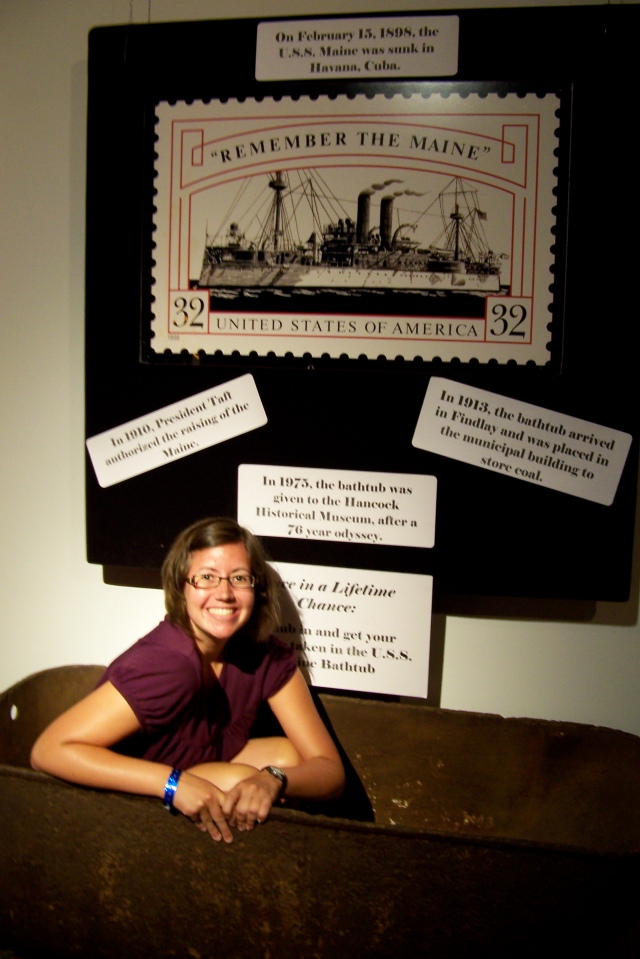 Me in the U.S.S. Maine bathtub

The main rooms of the house are decorated in a historical fashion to approximate what they were used for when the house was lived in. And then, hanging in the upstairs hallway is a wreath made of hair. It was too creepy to photograph, but essentially, female hair was woven into an intricate design of flowers used as a wreath. A friend of mine who interned at the museum refreshed my memory on the history of this wreath. She said this one was made just for fun by the daughter of the family who lived in the house, but they are often made to give to suitors. I am quite thankful this practice has changed!

One of the main events the museum hosts each year is the Back Street Festival. The festival got its name from the street the museum is located on, which used to be called Back Street. In addition to tours of the house and even older buildings out back, there is also a car show with only pre-1941 cars. When a friend and I went to the 2010 event, we were lucky enough to be allowed to drive a 1916 Model T. Linsey took the helm and took me and the owner for a safe and quick ride down Sandusky Street. 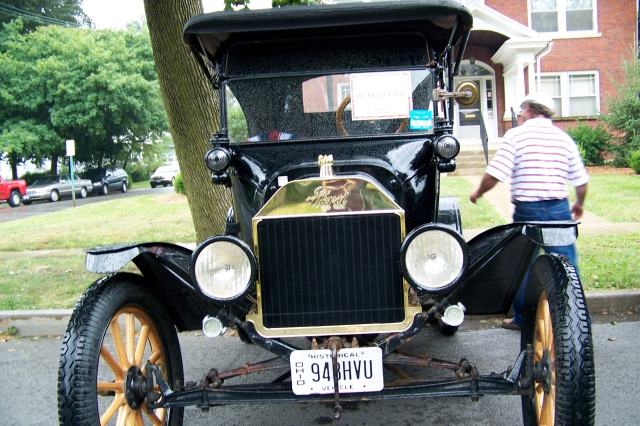 Of course, there aren’t pictures of us in motion, but we hopped back in the car for a quick photo before moving on to look at other cars. 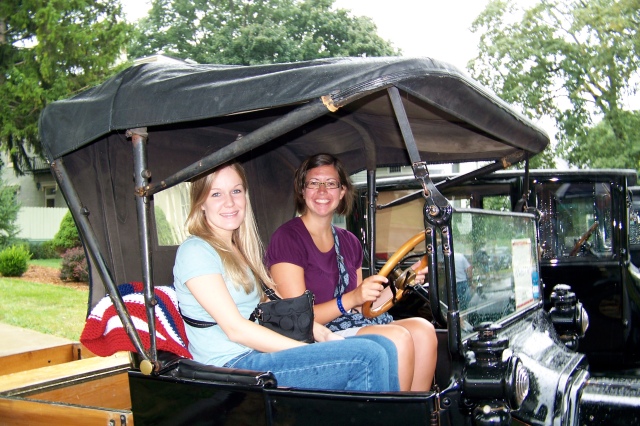 I’m at the wheel of the Model T

I was looking for a Packard with its Goddess of Speed hood ornament, a car created by J.W. Packard of Warren, Ohio, so I could show off a car from my hometown, but there were none there. There were plenty of types of cars that I had never heard of, though, like this 1930 Willys Knight. 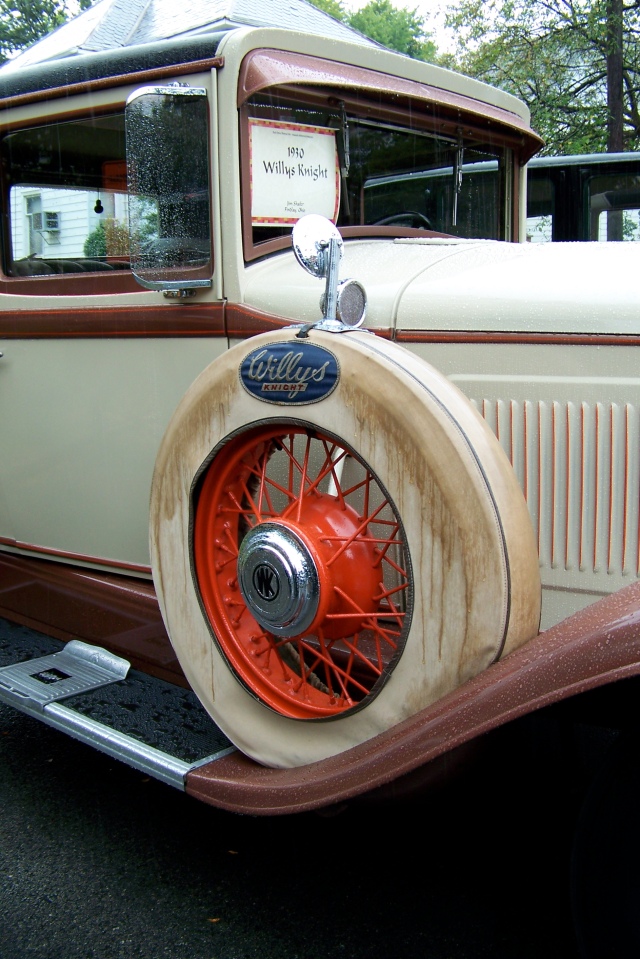 5 Responses to Saturday Spotlight on Ohio: Hancock Historical Museum and the Back Street Festival