I became a parent to two chickens I named Sitfwatfwa (snow) and Thandi (love) in January 2017. This is their story.

My first chicks hatched about two months ago and the second group hatched two weeks after that. Watching these babies grow up has been adorable.

I was worried about Thandi being a good mother, but she has continued to keep her five chicks that are now pullets with her. They wander on their own for part of the day, but they reunite regularly and sleep together in the tree. I call them my demon babies because they have started flying into my garden. They ate my broccoli first, and now they just dig. Fortunately they are nothing more than a nuisance.

Sitfwatfwa on the other hand is an unhappy mother. She has abandoned her babies multiple times and finally kicked them out for good last week. They are too young to sleep on their own in the tree. She started with six chicks and they have slowly dwindled to three. I hope these make it.

I tried having a photo shoot with Thandi’s babies, but that did not work out. Sitfwatfwa acquiesced and I was able to take many photos with the chicks before they grew feathers.

Thandi and her babies in their apartment. 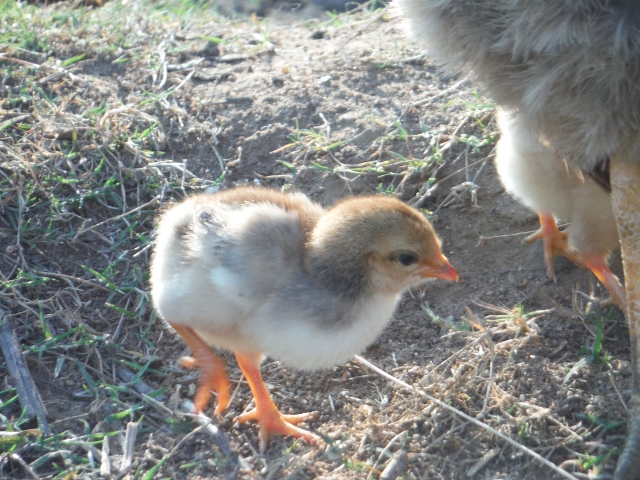 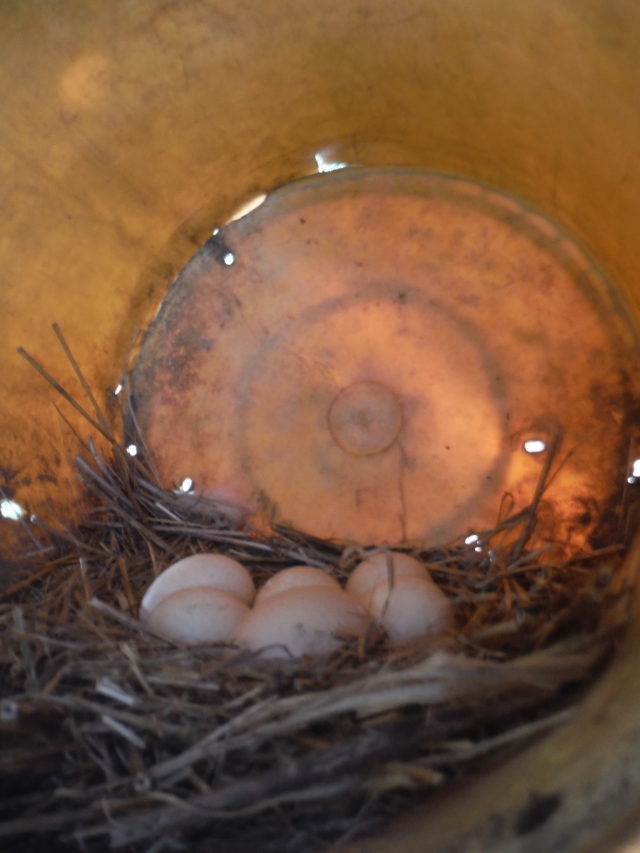 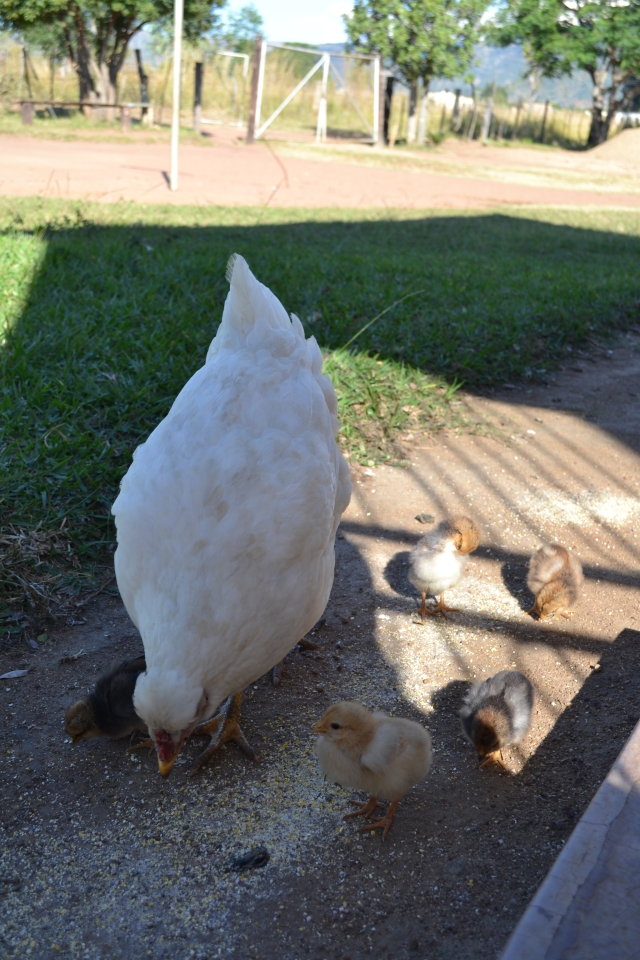 The baby sitting down is so cute. 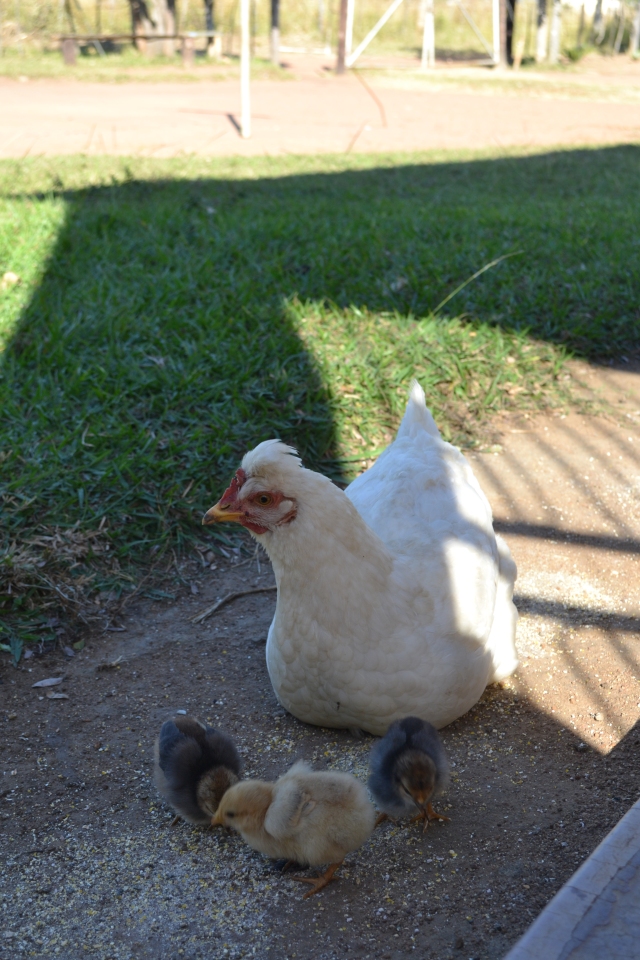 Sitfwatfwa loves sitting down and eating at the same time. 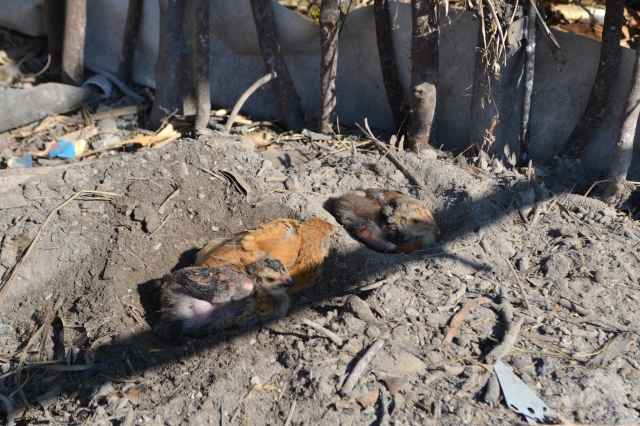 1 Response to The chicken diaries: Babies