So much fabric leads to so many new clothes

I’ve been seeing other PCV posts on their locally-made fashions, and knew I wanted to do the same. Then PSIN asked for photos to share with G16, and my bhuti was looking for some money to buy a pizza, so I asked him to take photos of me in all the clothes I have had made here. My family got a kick out of the fashion show, too. 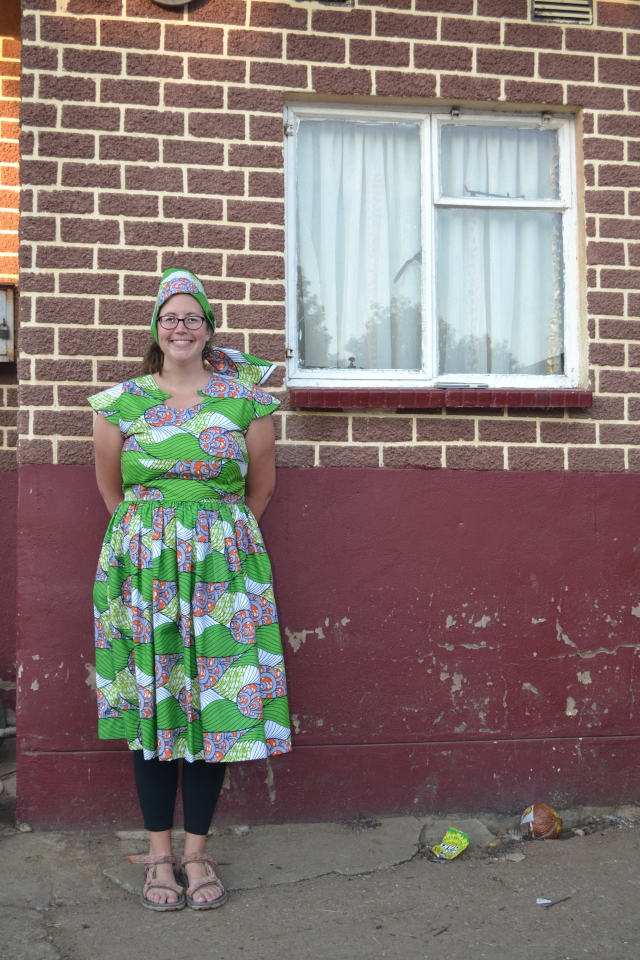 The first dress I had made in Swaziland. 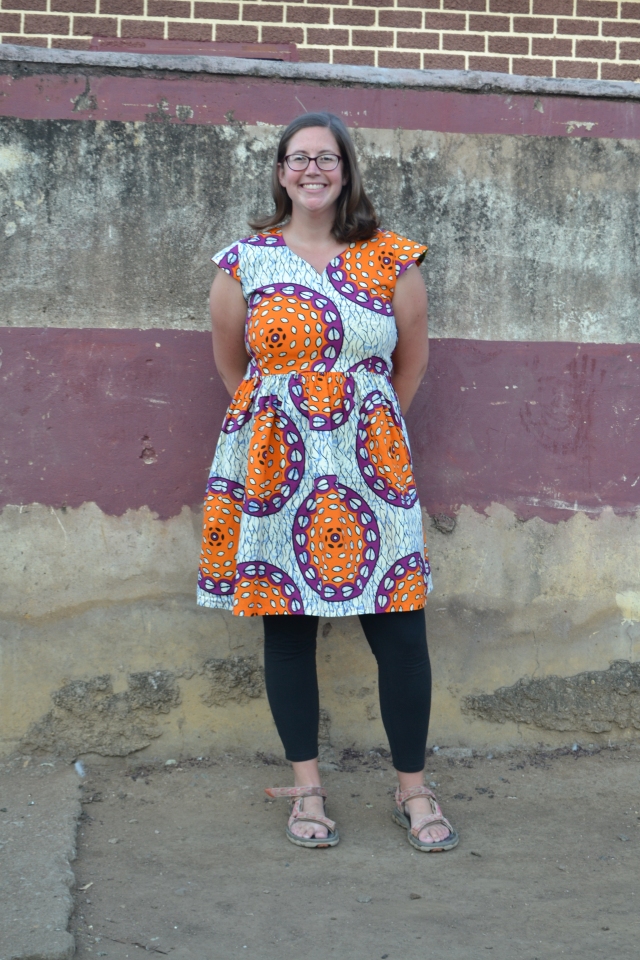 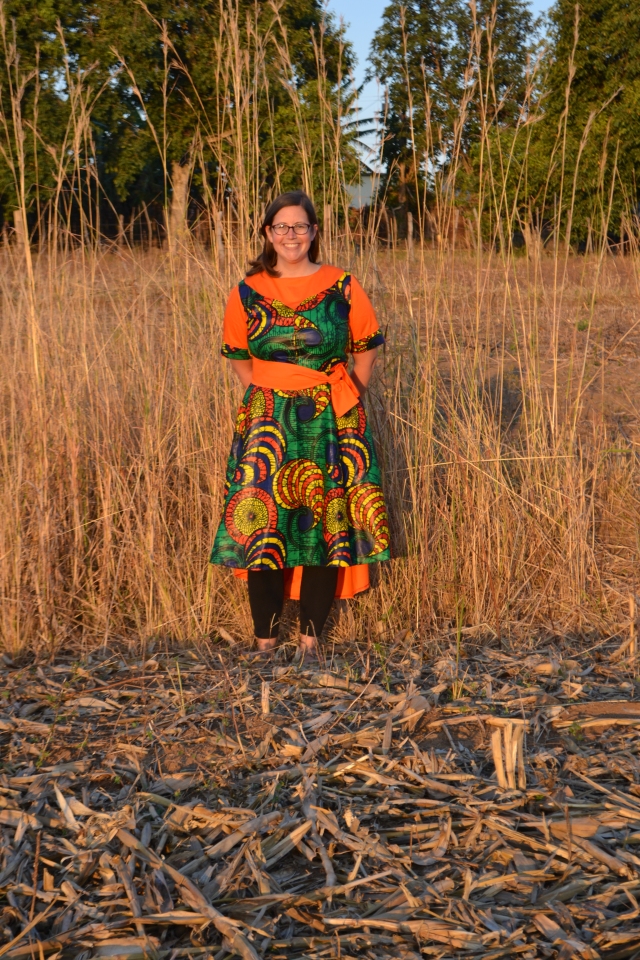 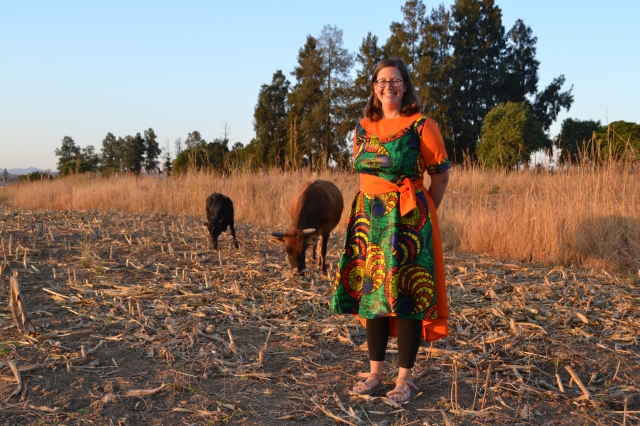 We took a photo with Madiba and Ngumdagga, too. 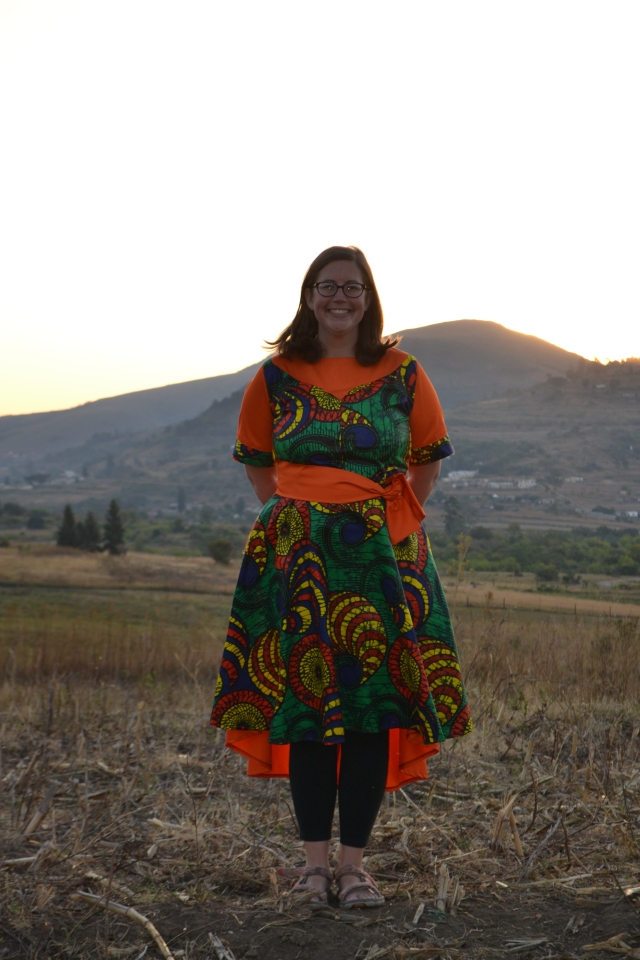 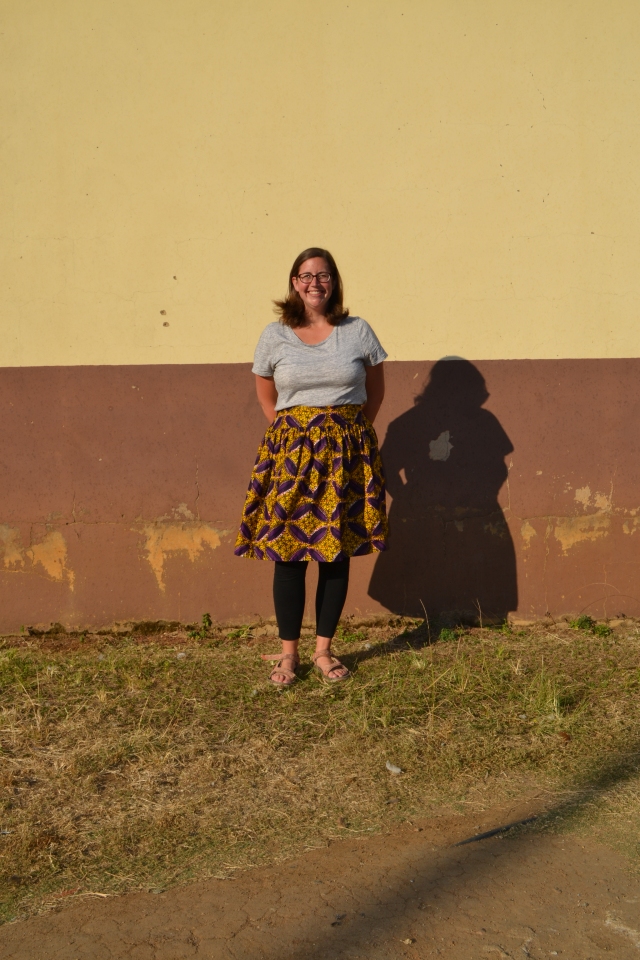 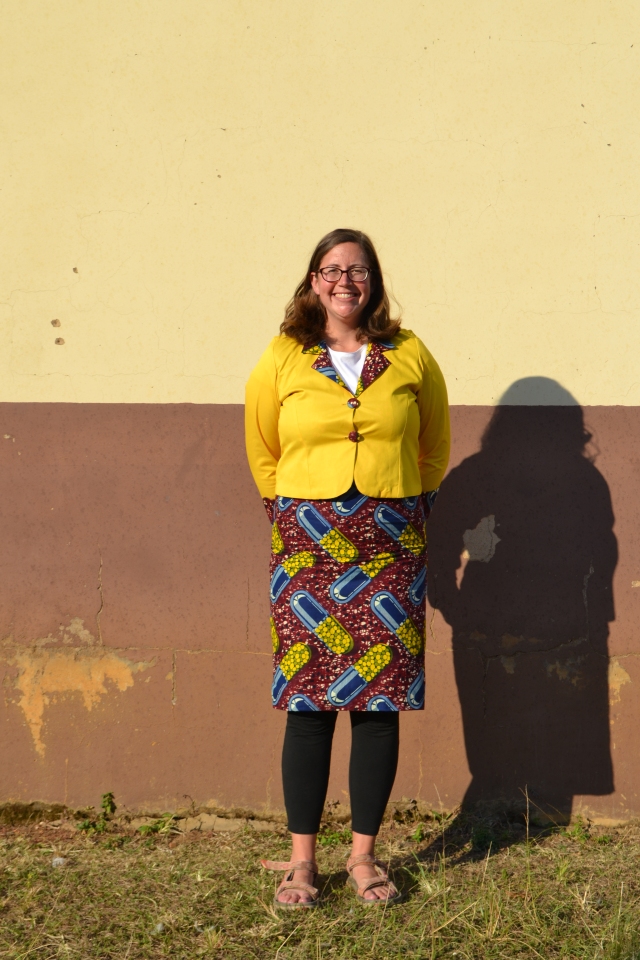 The pill suit. It was expensive and altered (even though the tailor didn’t think it could need fixed, so it still doesn’t fit right. I won’t recommend this tailor to anyone.]. 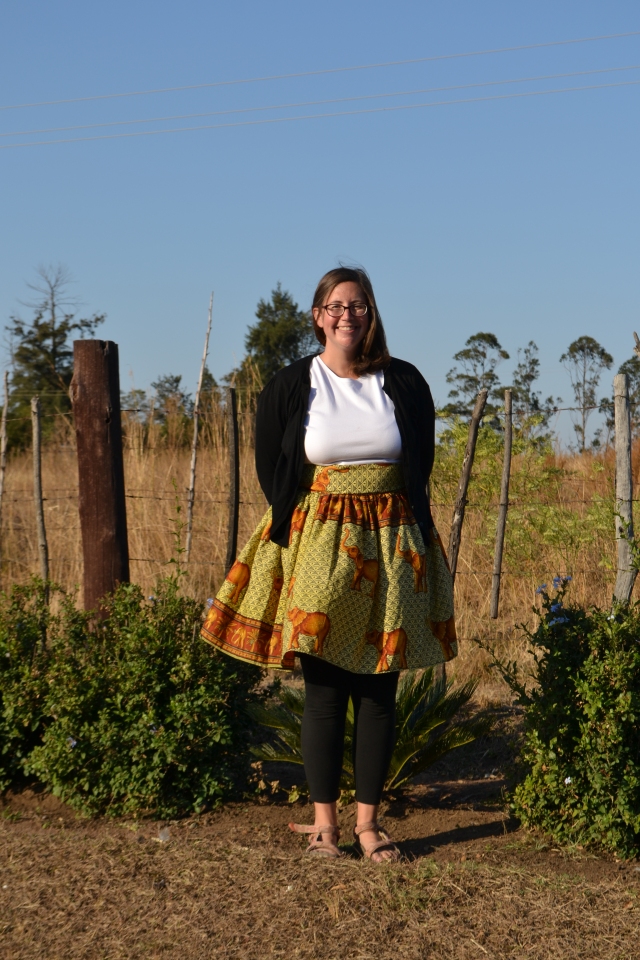 Thanks for this fabric, Deacon! 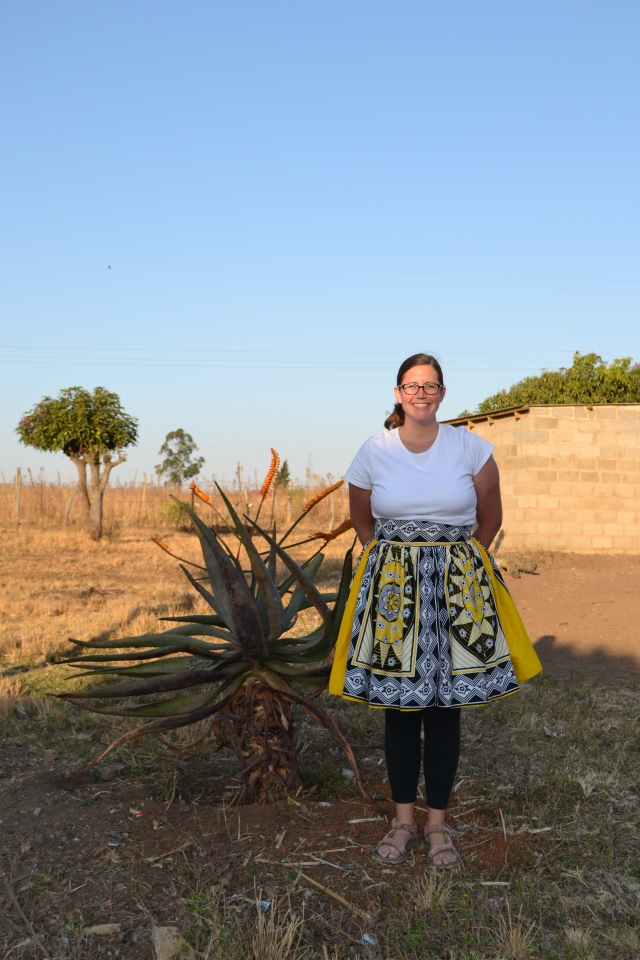 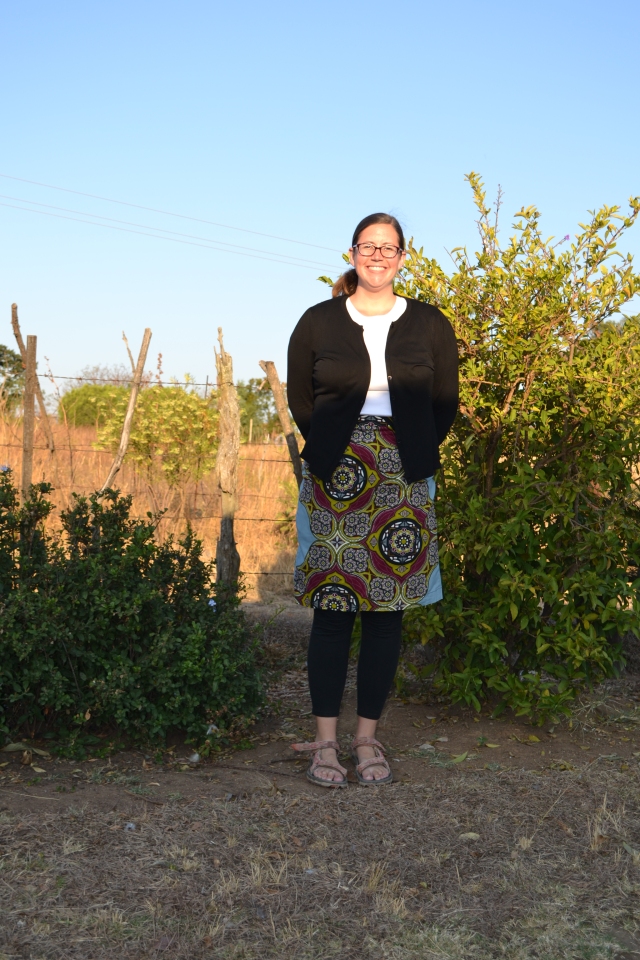 The only pencil skirt I’ve had made because they leave behind so much fabric. 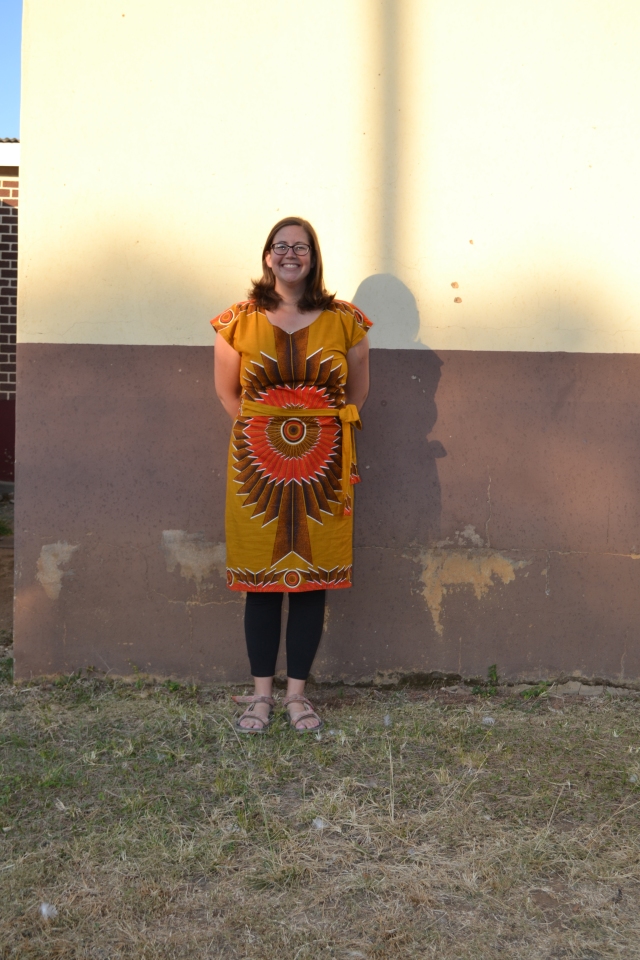 I bought this one pre-made at a market in Maputo, Mozambique. The fabric was just so fantastic I couldn’t pass it up. The tailor who made it was selling it, so she was able to do a couple alterations to make it fit better. It was a great purchase. 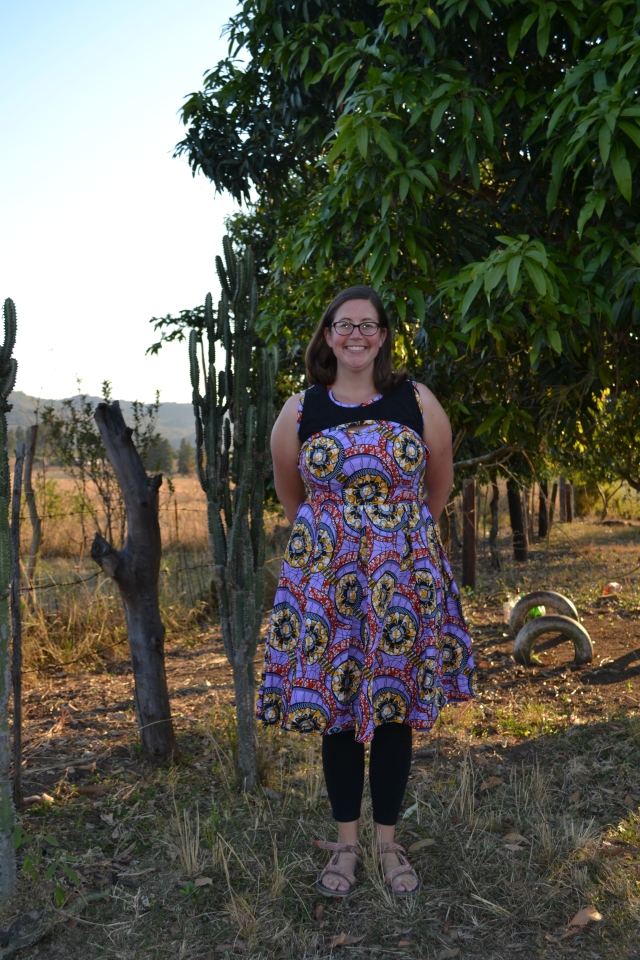 I didn’t have this one made for me; instead, I bought it at Bow Afrika in SA. It’s great, but the pleats are a pain. I’ll be shopping for another the next time I am in the Johannesburg area. 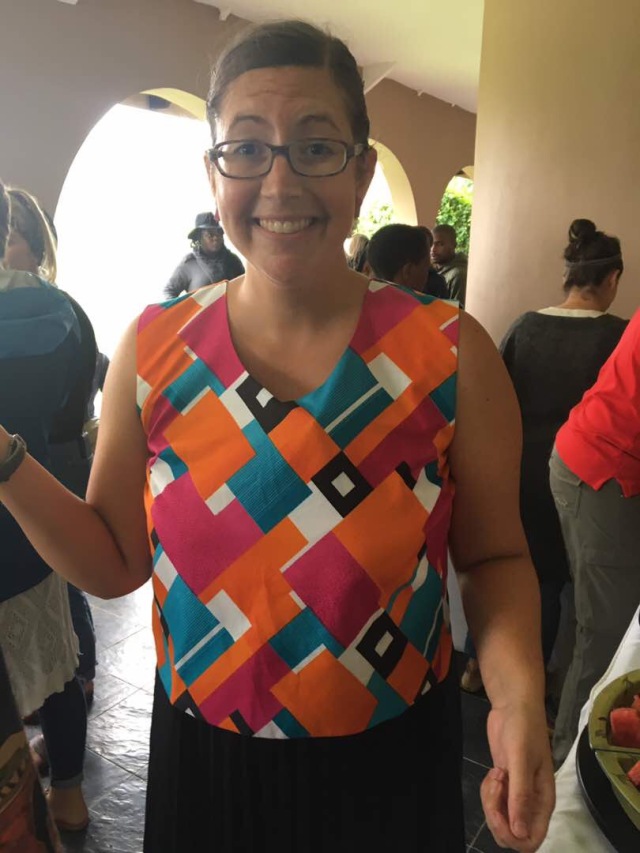 Unfortunately, this photo doesn’t show the exciting back to this shirt. It crisscrosses. I saw this shirt on someone in Tofo, Mozambique. Then I had it made. Then I wore it at Bushfire this year, and someone took a photo of me. A perfect circle! Thanks, Taylor, for the photo. 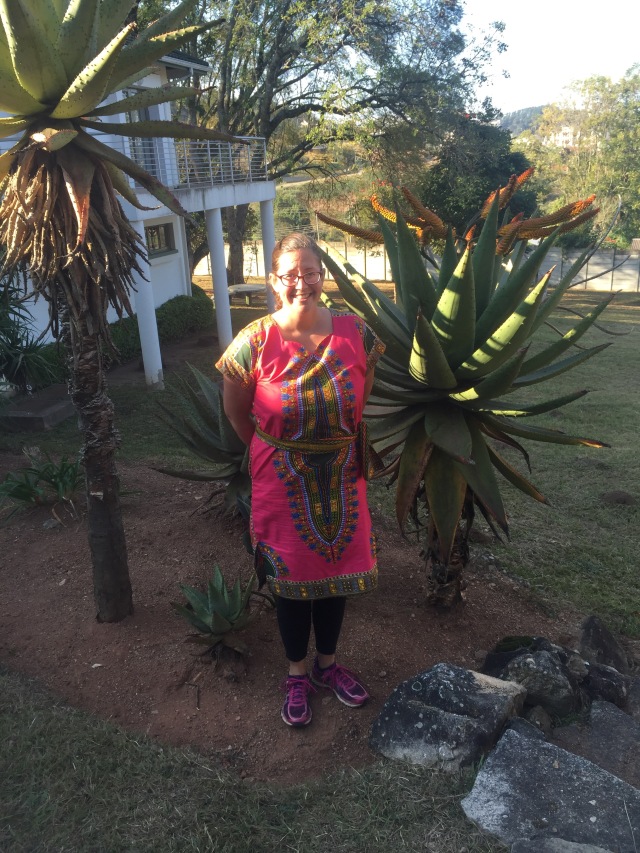 I finally had this made because I realized that tailors charge the same for any kind of dress, even if it’s not fancy like this one. I wanted it made while I still had easy access to my local tailor who is much cheaper than the tailors in town. Thanks for the photo, Nicole!

I’ve since had two more skirts made. and I have photos of another dress, but they are too poor of quality. I will be sure to update later.