Posted on September 4, 2019 by elliewick

This year’s Umhlanga ceremony was held over the previous week, with the main day of dancing on Monday.

The king showed up early, so the emakhosatana, or princesses, were able to start the parade around 2:30 p.m., rather than the usual 4:30 p.m. 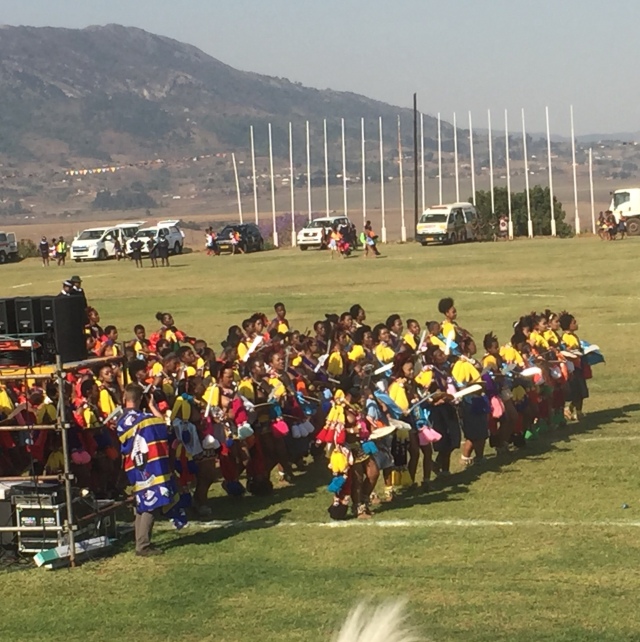 The first group of timbali is led by the head imbali and the princesses.

This meant I could stay until nearly the end, able to watch all but the second half of the final giya dance by Princess Temaswati.

I was really wishing that I was on the field joining in, and my tutor and I were discussing if anyone would stop me if I jumped in line to participate.

I refrained myself, being content with hearing a lot of unfamiliar songs and trying to sing along.