eSwatini, formerly known as Swaziland, is a tiny country in southern Africa. It shares 75 percent of its borders with South Africa and the other 25 percent with Mozambique. 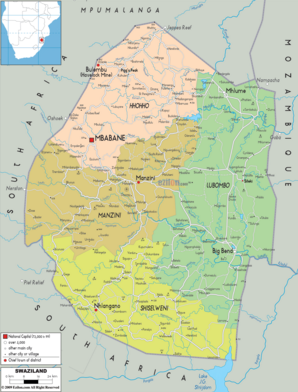 eSwatini needs help improving the health of its population. That’s where the Peace Corps steps in to create sustainable projects communities actually need, like gardens or health education programs.

All health statistics are from the WHO: http://www.who.int/countries/swz/en/.